There are a few events that I wanted to make sure my treatment wrapped around. So, when Katie told me she wanted to rent a beach house for her birthday several months ago, I set it on my calendar as one of those events where I would NOT have a chemo weekend. Katie found this amazing beach house in La Pedrera, about three hours from Montevideo. It housed twelve. So the whole gang was invited to celebrate one of our favorite people and the glue of our clan, Ms. Katie Saulsbury. Significant others, dogs…the whole lot was invited along with the usual suspects. I invited Nico for our first trip away together. I would be a liar if I said I wasn’t a little nervous about the whole event. I was nervous about getting sick and not being able to enjoy the beach properly. I was nervous about group dynamics and how Nico would do with an entire weekend of mainly speaking English. While, there were many native Spanish speakers on the invite list, English is what we all speak to each other. And having been through the Spanish emersion days, I know that it is exhausting and isolating.

But per usual Katie, the trip ended up being amazing and necessary for everyone. It gave some of us time for reflection and release, while others enjoyed time with the people they love in an energized yet chill beach town. And Katie enjoyed it all, which was the whole point. She was completely and incandescently happy. I don’t think I saw her stop smiling the entire trip. She had the beach, her people, dancing, singing, games, and food. It was Katie pureness.

Nico wasn’t feeling well the entire trip. He started out with a sore throat, and I shamefully guilted him into coming. I wanted the time with him in all honesty. Poor thing looked like death when we picked him up in Toledo. So feeling guilty, I bought him tea and suck-on candy and water for the drive. While he slept in the front seat, Katie and Gabriel sat in the back sipping some beers and playing Musicals and Disney songs. We were singing and laughing. It was a fabulous drive, albeit stressful at times when detours happened around Pan de Azucar for a concert. (I am still a little bit wary of first gear and hills, especially with super driver Nicolas in my car.) But we made it around 10 in the evening, Gabriel and Katie sufficiently lubricated and amiable. We ate some snacks, played some games and enjoyed each other’s company. Poor Nico was done. He went to bed around midnight and I followed soon after, knowing this was a marathon not a sprint. But I did make it for the ringing in of Katie’s 29th, which was the whole purpose. I wanted to be well enough to celebrate my most important girl friend in Uruguay. 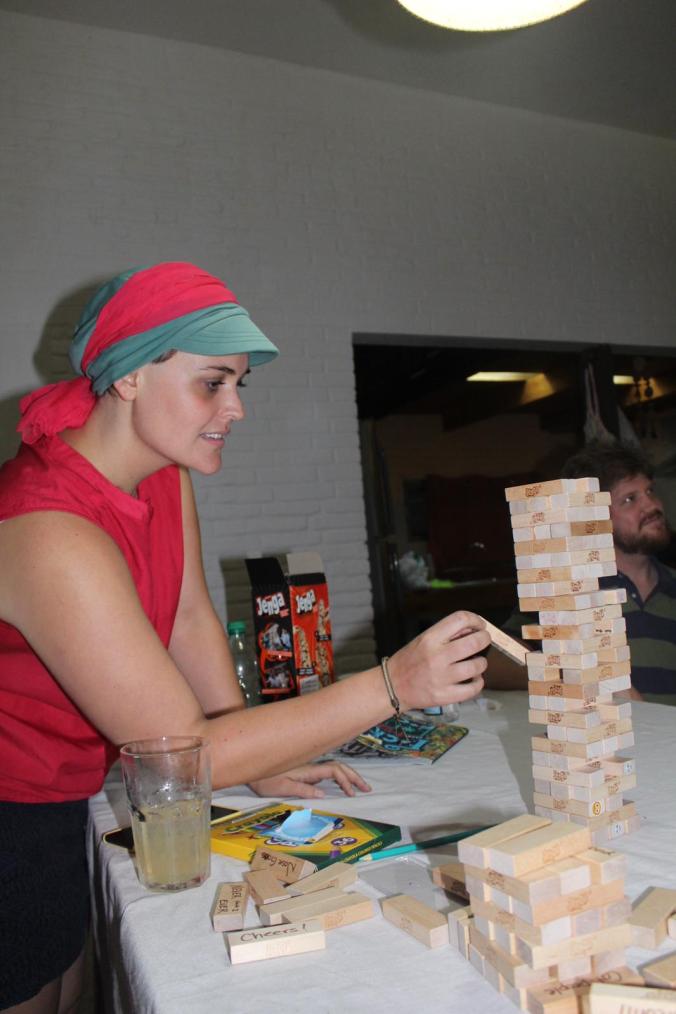 We woke up to pancakes and bacon and coffee, thank you Brad and Seba. Nico was feeling better and definitely needed some Spanish time. Diego, Tavis and Gabriel took him out into the little town.  Katie and Ana went to the beach. I stayed back and played cards with Brad. It was lovely. Everyone was doing their own thing knowing that we could all have a place to come back to in the end. It was exactly what Katie had wanted. When the boys returned, I wanted some alone time with my boy. We went for a stupendous walk along the beach. I felt like I was in the freaking opening scene of Grease. We walked and talked and laughed. It was easy. That is the best thing about this boy, he is just easy. There are no complications around him, no drama. Being around him is like a beach vacation – you just sit back, relax and enjoy the time. Even in full concentration Spanish mode I feel relaxed. I will say he has been one of the most healing parts of this whole experience because when I am with him, I am not defined by my illness. I don’t feel sick.  We took our walk back into the village for some lunch. Surprise Surprise, he orders Milanesa. I ordered a vegetarian Chivito and thought he was going to come unglued. “What’s the point?” he asked me. But I have learned that vegetables need flavor to be good, so they are always the most flavorful items on a menu in Uruguay.

After lunch, we walked back and stopped at a bench at an overlook. We sat in the sun, the only sounds were the waves and the occasional person who walked by. It was complete peace. And once again, this is exactly what Katie wanted for her birthday. She wanted her people to just be relaxed for a bit. To let go of all of the shit in our lives and all of the stresses of the city. We walked back, attempted a nap and then it was time for some community. And that’s how the remainder of the evening played out. We just enjoyed each other. Plans were made and discarded as we realized that sitting around and talking was even more fun. Tavis and Diego bought Katie some cakes.

We sang and ate. Then the crew went out dancing. By that point, the I’m Done button reared it’s ugly head, so I stayed behind and enjoyed watching Nico become the Mosquito slayer in our room. He was determined to exterminate every single one of them.

The next morning, we all woke up rather late. We showered, packed, and headed to a restaurant for lunch. It was delicious! There was one last Katie toast before we all got into our designated cars and head back to the city. Watching my sweet man check my oil made my heart pitter patter. I swear this new-found car + hood+ man fetish is a mystery I am willing to explore. As we headed to the highway, I discovered that apparently, I shift wrong, so Nico spent some time walking me through how to not kill my car. Katie and Gabo slept like babies. We received a nice full moon from the Brad Mobil. I just want it to be known that we left at least 20 minutes after him and I still caught up to his grandpa driving. (Eye Roll) We dropped Nico in Toledo. I got to meet his dad, so so sweat! I got to see the restoration auto shop in his back yard. And I got to see his house! It was definitely a weekend of firsts for us.

And then Katie, Gabriel and I puttered on back to Montevideo. With the sun setting over the weekend, we all sighed. It had been a wonderful trip and celebration for a wonderful friend. I know Katie had the time of her life and everyone else was better off from the experience. We all got a recharge as Katie gained another year of awesome.