Apparently alcohol and Neupogen are the exact same. When one too many accumulate in your system, you end up on the floor over a toilet or curled in a ball in pain. My white cells have been obstinate lately. I have been hitting below 1000 for several days and the doctor has been worried that if we don’t get them up quickly, then I won’t be able to have chemo on time. Therefore, in order to boost my cells quickly, he ordered three shots of Neupogen (Friday, Saturday, Sunday). The last time I was having white cell problems, I was in a hospital going stir crazy. I was not about the have that again. But, I was also nervous because even during the hospital stay, the most shots I had were two and they nearly did me in. Three in a row? Are you sure, doc?

Friday: shot number one. I got it in the morning and headed to school. That evening our student council had its annual student event. It was an evening affair at our President’s house. There was food and karaoke, and basketball, and lots of high school gossip. They had specifically chosen this date so that I could be there. I was not in pain, per say, but there was a soreness in my back. Nevertheless, I pushed through and sang my heart out to some karaoke Queen. And when I needed to sit down, my students flocked around me. 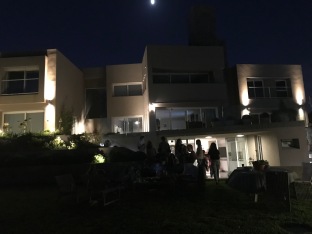 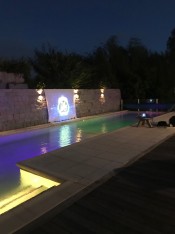 Saturday: shot number two. I was not about to let these shots ruin my good weekend. Every other week, I get to experience the world as a normal. So, I paid for a bodega visit for me and Mom. Despite the fact I cannot drink, I wanted a memorable experience with my mom and friends. It was a bodega I had already been to, so I knew the wine and I knew the food was good. Plus, I wanted to stomp some grapes. My back started out a little twingy. So, I self medicated and the pain instantly went away and the sky got a little brighter. We had a fabulous day and made some amazing memories. I will never forget the pure joy on my mother’s face as she picked and stomped grapes. 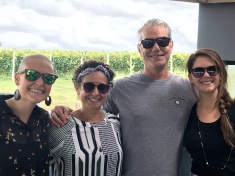 Sunday: shot number three. Not only did I have to get this shot in the emergency room because Day Care was closed, but this one hurt the worst. The accumulation was too much. No amount of Tylenol was helping. I tried self medicating again, but it wasn’t working either. The pain became more intense and now my stomach was hurting. I went to take a nap and woke up worse. By five I was calling out for school. I emailed my principal and told him I just couldn’t make it. I was in too much pain. As I was putting together my lesson plans, I got so sick. It was my first vomit episode this whole time. And this time it was from the pain. I was curled over the toilet just retching my guts out. My mom was standing there helpless. And all I was thinking was I have to get these lessons done. Get off the floor, girl, and get them done so you can go die in bed. I got the lessons done.

Monday: No shot, but the pain was at the highest. When I woke up, my back was killing me and my stomach was still in knots. I had a doctor’s appointment to check my cells and to see if there was anything I could do for the pain. My cells were just barely above normal, which bummed me out. The doctor recommended Uruguayan Tylenol, which bummed me out more because the Tylenol was just hurting my stomach more. The only positive was the next chemo round he was going to bump the shots down to two. I got home and proceeded to have the most crippling heart burn of my life. I could barely breathe. I was lying on the couch thinking please just end all of this. End it all.  It took until early evening, about six for me to feel a bit normal again. Mom wanted me to take another day off from school. But I felt like the storm was over. I was going to see in the morning and then make a decision.

By the morning I was fine. But the three shots had put such a damper on my week that I felt like I was constantly playing catch up at school and in life. I felt robbed of my good days only to have to go into chemo two days later and feel awful all over again.  On these days, I really have to say FUCK CANCER!