July 17th will be my one year anniversary celebrating my move to Montevideo, Uruguay. Well, technically it will be the 18th since I had a minor delay as some of you may remember. See Miami post. And I won’t even be in Uruguay to celebrate my one year anniversary. I will be in Colombia enjoying another perk of my job, time and the means to travel the world. 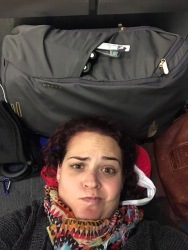 (which seems to be a reoccurring theme for me when it comes to traveling to South America), I’m listening to Shakira and Maluma singing and I know almost all of the words. I’m having a food organism for simple airport  scrambled eggs drowning in tabasco, real crispy bacon and mediocre pancakes with real maple syrup. 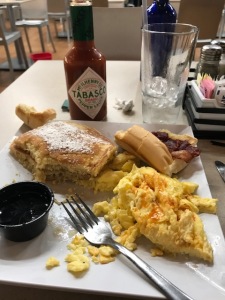 And as much as I am going to miss the deliciously convenient, flavorful and cheap food variety found in the United States, I am ready to return to Uruguay for another year of hopefully many more.

A lot has changed in a year. I have changed in a year. I have literal and figurative scars. I have had to complete redefine myself as a teacher. I have had to learn a language entirely from scratch. And I cannot remember ever being more satisfied with myself and my life. I catch myself saying, “You know, in my country.” It is not as if I have washed myself of my United States identity, but I truly view Uruguay as my country right now. And although that may change, and several years from now I may be celebrating my one year anniversary in another country, I am proud to be a part of my adopted country. Who would have ever thought I would willingly listening to Latino pop and rock. If someone would have told me that I would have to catch myself trying to speak Spanish to cashiers because it was more normal for me to have them speak Spanish back to me than English I would have laughed. And it isn’t as if I haven’t done this before. I used to be a resident of Italy. But it is different this time. Italy was playtime. Uruguay is real. This is my life. I am thousands of expensive miles away from family and friends, from a country I have known all of my life, from comforts I culturally expect and I am loving every minute, even the awkward and tedious ones.

Although my writing has diminished in the past few months, for I have been more focused on experiencing than recording, a glitch I will rectify momentarily as I sit in an airport for five more hours, this past year (especially these past few months) has been one of the best and most rewarding of my life. I have grown exponentially, laughed authentically, and lived tirelessly every single day. Were there regrets along the way? Sure. Life cannot be treasured without the recognition of mistakes. But the good wildly outweighs the bad. And I cannot wait to return to my beloved Uruguay, my amazing school, my treasured friends. After my gallivant through Colombia first, of course. 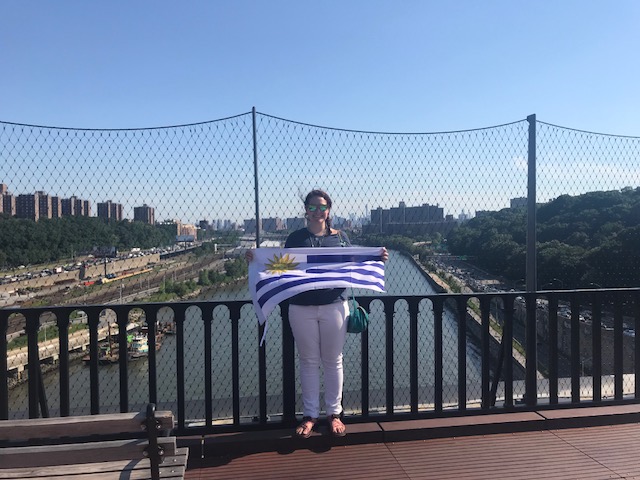